Hockey Australia, together with Tourism Events Queensland, Major Events Gold Coast and Cairns Regional Council, has confirmed the dates and location for the 2022 Hockey Australia Men’s and Women’s Masters Championships.

The men will play from 24 September to 8 October 2022, at the Gold Coast Hockey Centre & Gold Coast Performance Centre, QLD.
The women start a little earlier on 21 September and finish on 1 October 2022, playing their games at the North Cairns Hockey Facility.

Further details will be announced in due course. We can’t wait to have national Masters hockey back. 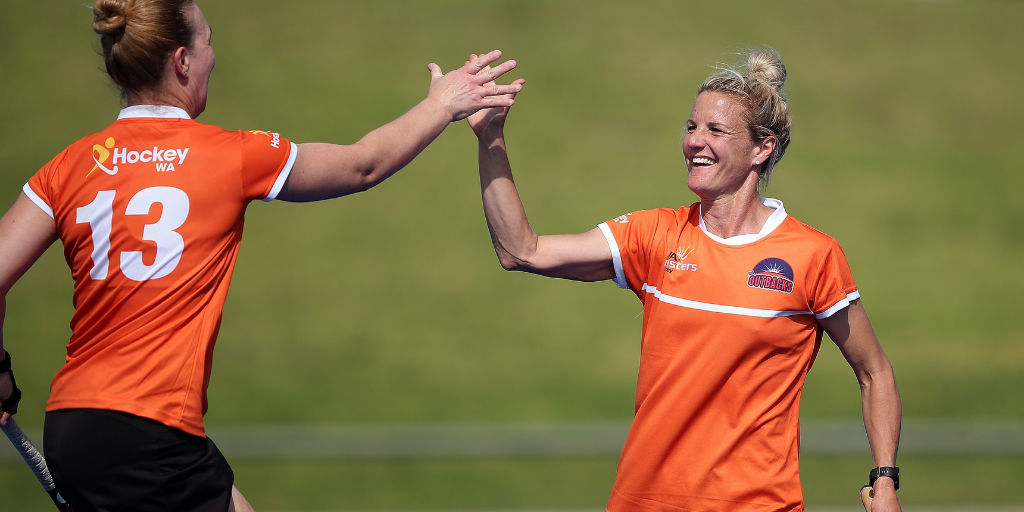 History has been made at Perth Hockey Stadium at Curtin University, with the inaugural Bevan George and Kobie McGurk Cups Champions crowned after a scintillating day of hockey on the field.

The Outbacks claimed the Kobie McGurk Cup after defeating the Suns 3-0 in a dominant performance for the side.

The Outbacks completed their undefeated run through the leadership of Kobie McGurk, who opened the scoring for the side and led them to victory.

In the Bevan George Cup, the Chris Ciriello and Tim Deavin-led Suns snatched the trophy from the red-hot Breakers, defeating the side 4-2 in a hotly contested match.

The Suns controlled the play for the first half, with former Kookaburra Tim Deavin opening the scoring with a rocket of a strike early in the first quarter.

The Suns led the Breakers in dominant fashion, until the Breakers claimed two goals of the own, with a penalty corner strike from Ian Burcher brining the score to 3-2 and giving the Breakers life.

The Breakers applied an immense amount of pressure but ultimately, their multiple scoring opportunities fell short and the Suns in the final ten seconds of the match were able to pull back a goal to bring the score line to 4-2.